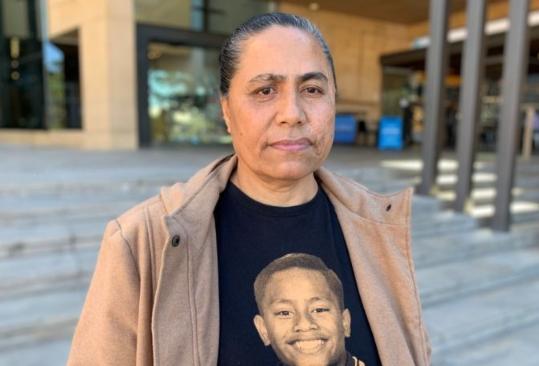 The Samoan Independent Seventh Day Adventist Church has been found guilty of breaching workplace health and safety laws, after a teenage boy was killed at a volunteer fundraising event three years ago.

Key points:
Lotufou Sakaria, 14, was killed during a tree-lopping volunteer event in 2016
A magistrate ruled the church failed in its duty of care
Nuufou Foloi Sakaria hopes the guilty verdict results in major safety changes within the church
14-year-old Lotufou Sakaria was killed while volunteering for the Samoan Independent Seventh Day Adventist Church (SISDAC) in Ipswich, west of Brisbane, in 2016.

He was one of 20 church members tree-lopping at a home at Bellbird Park to raise funds, when he was struck by a falling 12 metre tree.