13 AugOpening the door to safer buildings

Fire doors play a pivotal role in saving lives by preventing the spread of smoke and fire, allowing more time for evacuation and protecting property. However, they only work when they are closed.

As fire doors are heavy and cumbersome, they are often wedged open illegally which means that in an emergency, fire and smoke can spread rapidly, putting occupants at risk.

The solution is Dorgard Pro! Unlike the hard-wired magnetic door hold open devices, Dorgard Pro is a wireless, easy to install, battery operated fire door retainer which holds open fire and smoke doors legally, allowing them to automatically close when an alarm is activated.

A Dorgard unit actively listens out for sound of a fire alarm and when activated, automatically retracts its plunger to allow the door to swing closed. Simple, easy and functional.

A Dorgard Pro can also be used with a base transmitter unit, which is hard wired into the FIP panel of the building. Once the base station receives an electrical signal, it will broadcast a wireless message to all the Dorgard units on its network, which will activate and close all the doors wirelessly.

Dorgard meets all the operational requirements under the NCC for both smoke and fire doors, and has been fire tested to AS1530.4 to meet the door hardware requirements of AS1905.1, meaning it is a deemed to satisfy solution under the National Construction Code.

Visit www.tsafety.com.au/DorgardPro to find out more 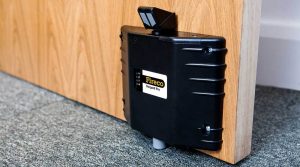 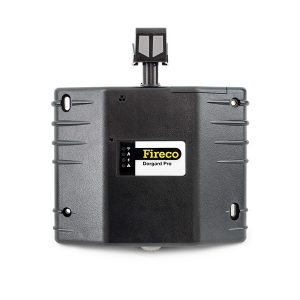 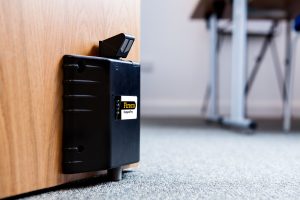