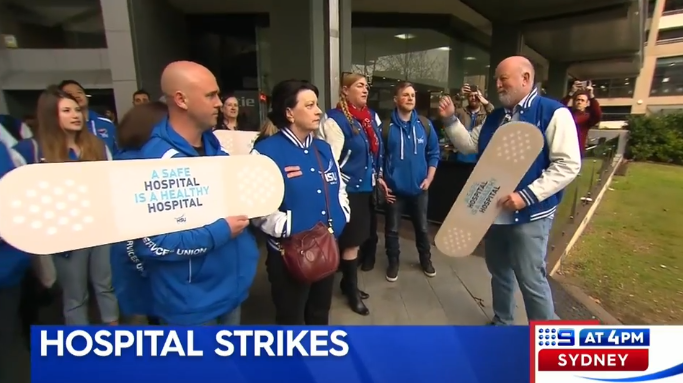 The NSW opposition and minor parties are calling on the Berejiklian government to listen to the concerns of thousands of public hospital workers striking across the state.

The Health Services Union says thousands of employees walked off the job on Thursday over workplace safety concerns following a vote by delegates in July.

However, the NSW Health Department has disputed the final figures, claiming the numbers were only in the hundreds.
NSW Labor health spokesman Ryan Park said the coalition must listen to the workers’ demands.

“Men and women deserve to be able to go to work and come home without being assaulted,” Mr Park said on Thursday at a rally outside the NSW health ministry offices in Sydney.